So what is visual voicemail?

So what is visual voicemail?

Visual voicemail does exactly what it says on the tin. It allows users to view their voicemails on screen, and to choose, out of a list, which voicemails they want to listen to and which ones they want to skip over. Since its inception in early 2007, visual voicemail has taken on many forms, and has increased the productivity of hundreds of thousands of individuals and businesses around the world. If you haven’t tried it out yet, download it for free on iPhone or Android. 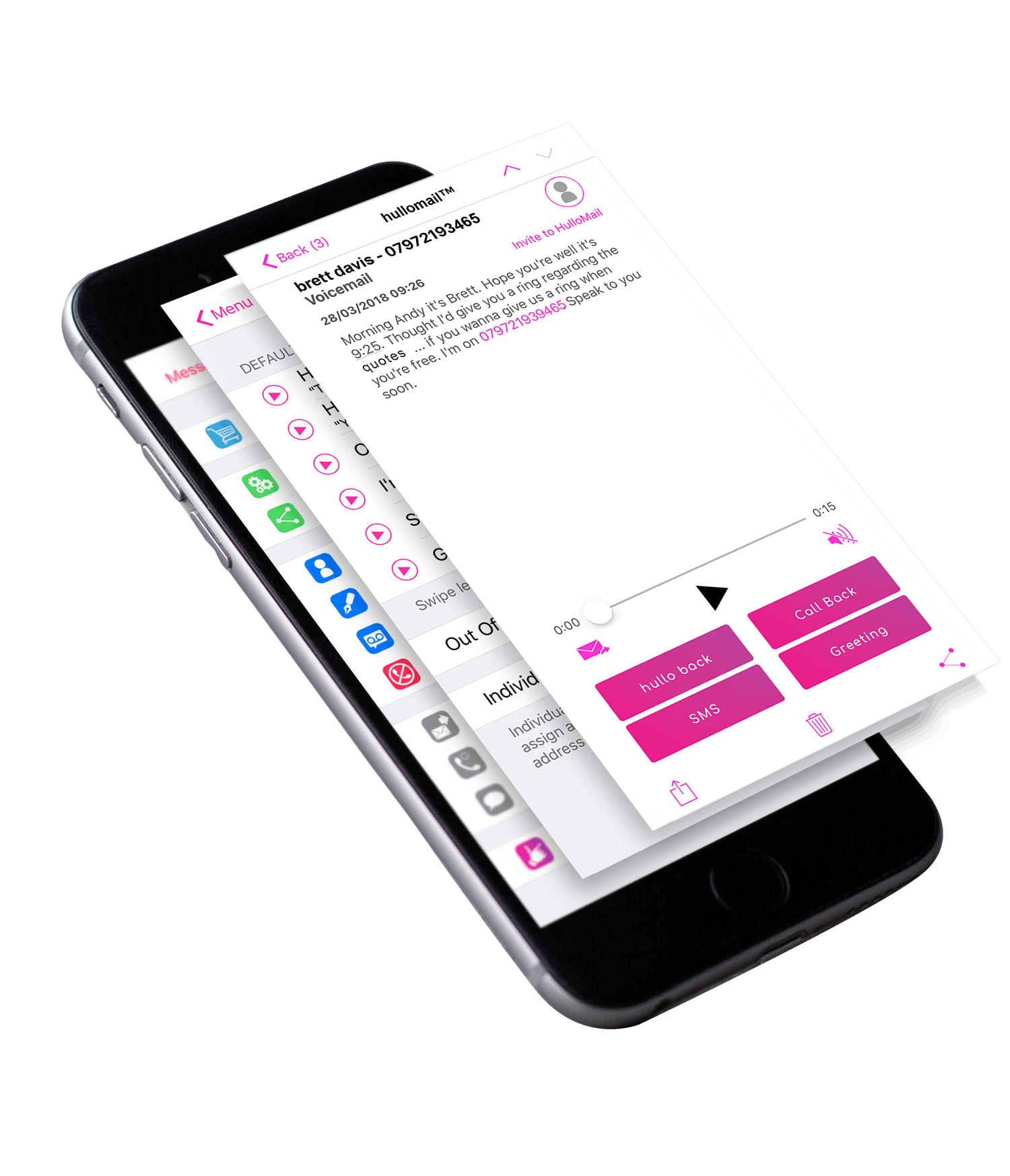 Before the likes of hullomail visual voicemail came along, voicemail was not at all user-friendly. It was time consuming and over burdensome, especially for users in a hurry to listen to a certain message.

Historically voicemail offered a telephone user interface (TUI) for users to interact with, options would be spoken down the line and numbers on the telephone’s dial pad needed to be pressed to select a certain option. You probably remember, or may still even suffer the tedious set of options; press one to listen to this message, press 2 to skip this message, press 3 to delete this message and press 4 to repeat this message. Judging from this, it is easy to see how much time could be spent checking messages on a daily basis.

Visual voicemail changed all this and made voicemail appealing to a much wider audience.

Like with many great inventions the early days of visual voicemail are mired in controversy. Initially launched on the iPhone in 2007 as a signature feature, Apple were quickly challenged by a company called Klausner Technologies claiming patent infringement. The patent in question, named ‘Telephone answering device linking displayed data with recorded audio message’, was eventually settled by Apple after they agreed to license the technology.

These early difficulties did nothing to impede the rise of visual voicemail, helped by the explosion of smartphones on the market; visual voicemail has grown exponentially and has become an essential part of the lives of countless people worldwide.

Visual Voicemail and the Smartphone

Visual voicemail is usually offered as an application by both phone providers and third parties, and in its simplest form displays messages in a list in order of time and date received. Users are then able to interact directly with the application by randomly choosing which voicemails they want to deal with first.

Once a message has been selected, users are taken to the message screen from where they can play, pause and delete the message. This screen typically includes a slider indicating how long the message is, and whereabouts in the message playback currently is.

In practice visual voicemail application interfaces are rarely this basic, and often include a settings page where users can set up their voicemail in a way that suits them best.

It is easy to see just how much time can be saved with visual voicemail, especially for users who receive a lot of messages on a daily basis.

This is one of the main features of visual voicemail applications. When someone leaves a message you will receive a pop up on your device screen letting you know that you have got a message.

Users can record a greeting that will play to their callers offering a more personal interaction, rather than the standard “07xxxxxxxx7 is unavilabale” message.

Similar in design to personal greetings, individual greetings let users record a greeting that will play to a specific contact. This is great if you have a number of contacts that you want to greet in different ways. It’s a nice touch for family and friends as you can create funny or personal messages and for business it’s nice to take a customer or colleague by surprise and know that you have taken the time to create something just for them.

A popular feature of visual voicemail is voicemail transcription, where the content of voicemails are converted into readable text. Primarily a time saving tool, users can get an idea of what the message contains without the need to listen to it, deciding what course of action to take.

A key feature for business users, forward to offers a second line of defence against missing an important call.

This feature can be programmed to turn on at a certain time making it possible for a special greeting to play. One possibility would be to have out of office play every day at 6pm allowing users to separate their business and personal lives automatically without having to remember to turn it on daily.

Although security is a never ending battle, it is one that, for now at least, is being won.

We are always looking of ways to build on advancements in voicemail technology over the past decade and continue innovating the hullomail app. If you have any suggestions then let us know! Contact support with your ideas and feedback.

Changes to your iPhone HulloMail subscription

Login to thumbtel
Reset Password
Enter the username or e-mail you used in your profile. A password reset link will be sent to you by email.
This site uses cookies: Find out more.